I think there are few owners of these printers left. But maybe this article will be useful to someone.

I have already installed this board on many printers of this model. I like how it works, without failures and any problems. And of course, the main idea why I put it on is to remove all the terrible sounds in the form of iuiuuuuuiui and the like when printing. With the TMC drivers, almost all of these sounds go away, and only the operation of the fans is heard from the printer.

I’m flashing Marlin 1.9 into the board, the version I’m using I’ll attach at the end of the article as a link. In my printers, there is a BigTriTech Titanium feed mechanism, steps and the direction of movement of the motor are packed under it. If you have some kind of third-party mechanism, then you will need to adjust the direction and calibrate the steps. 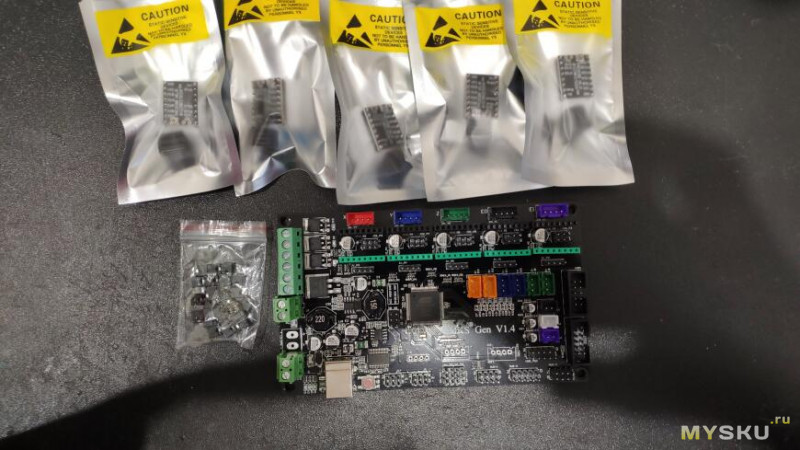 First of all, the jumpers under the drivers. I install them by 2, as in the photo below. 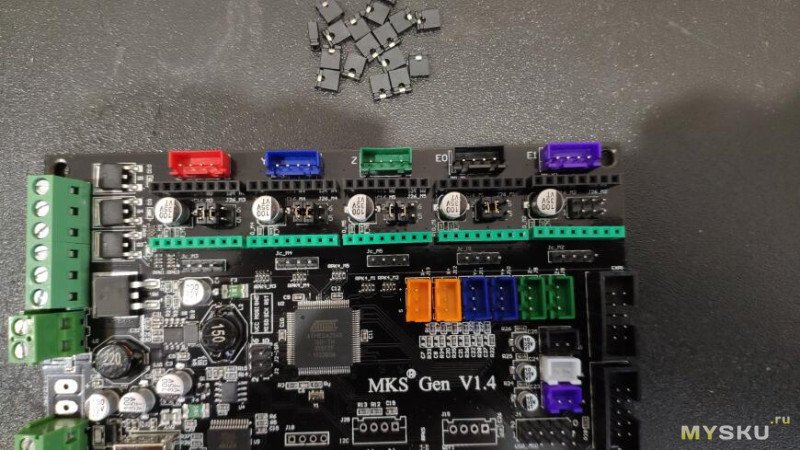 Then we install the drivers themselves, observing the polarity. The polarity is signed on the board on both sides and on the drivers. Visually, the drivers stand like this (But be sure to check all connections!). 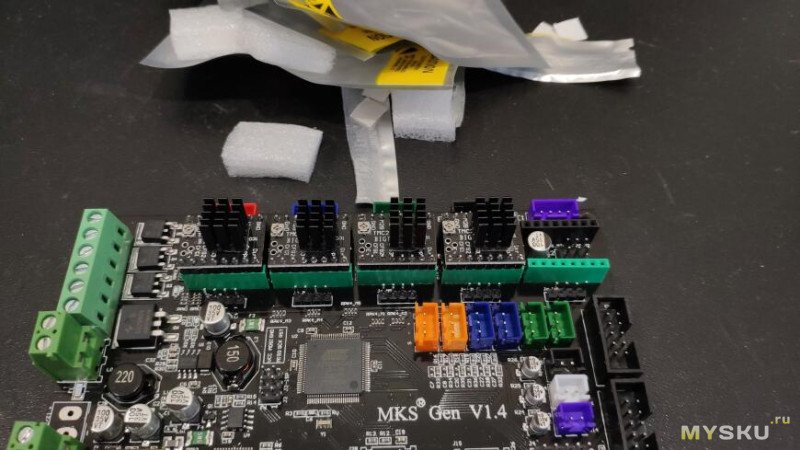 So, the drivers are installed. By connection – almost all connectors fit perfectly. Except for one. There are 3 small connectors on the Ender board, to which the board airflow, LED backlight and hotend airflow are connected. On the board from the ISS there is a 6-pin VM connector, on which there is 24v (power supply voltage). For him, I bought such a set of terminals and a block in a radio electronics store. And I cut it, cut it, ennoble it. 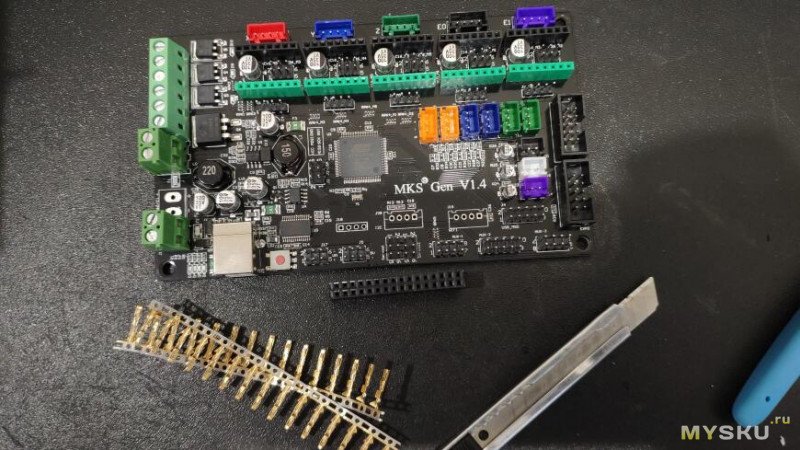 I cut off small pieces of wires 6 pcs, I crimp the terminals on them. Then, to calm down, I solder the wire to the terminal so that it holds exactly. 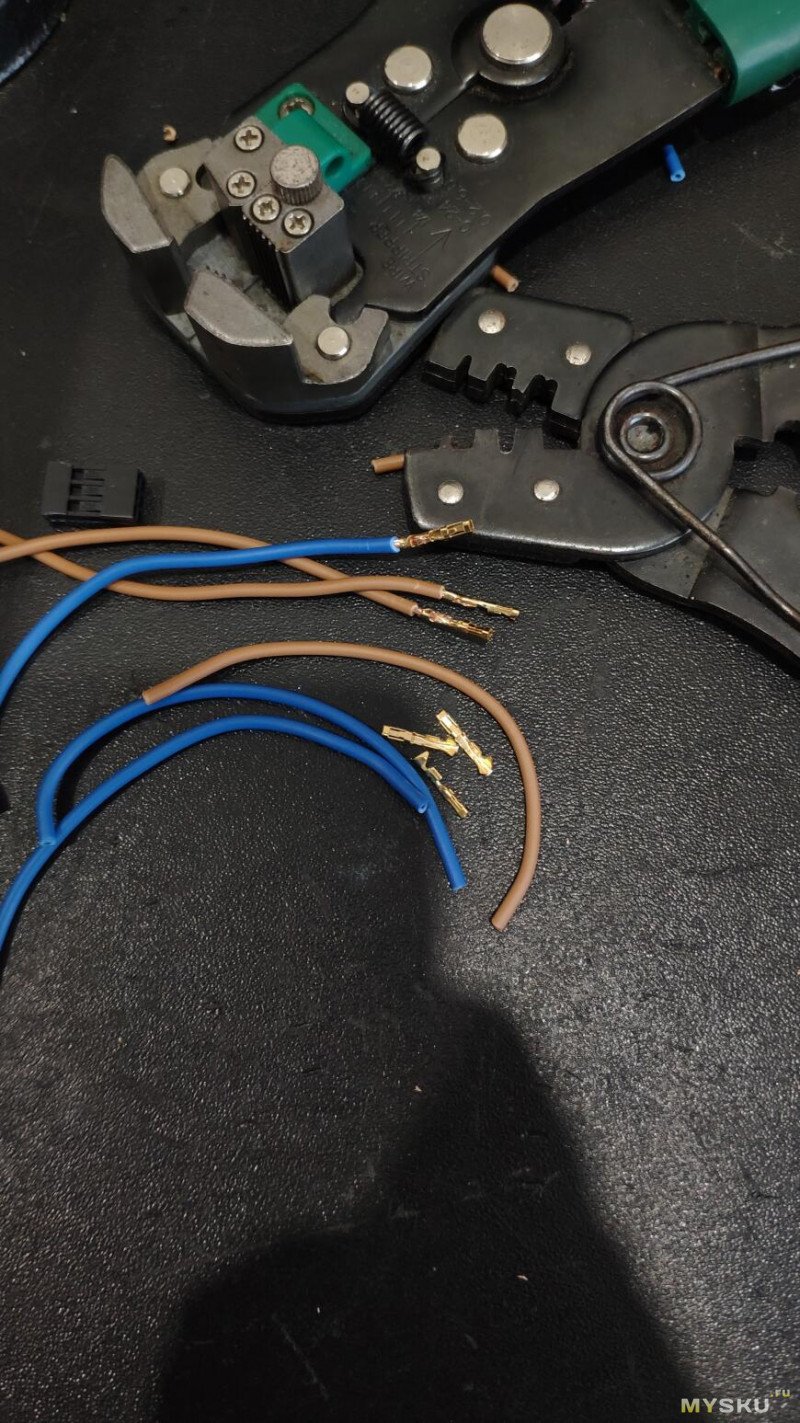